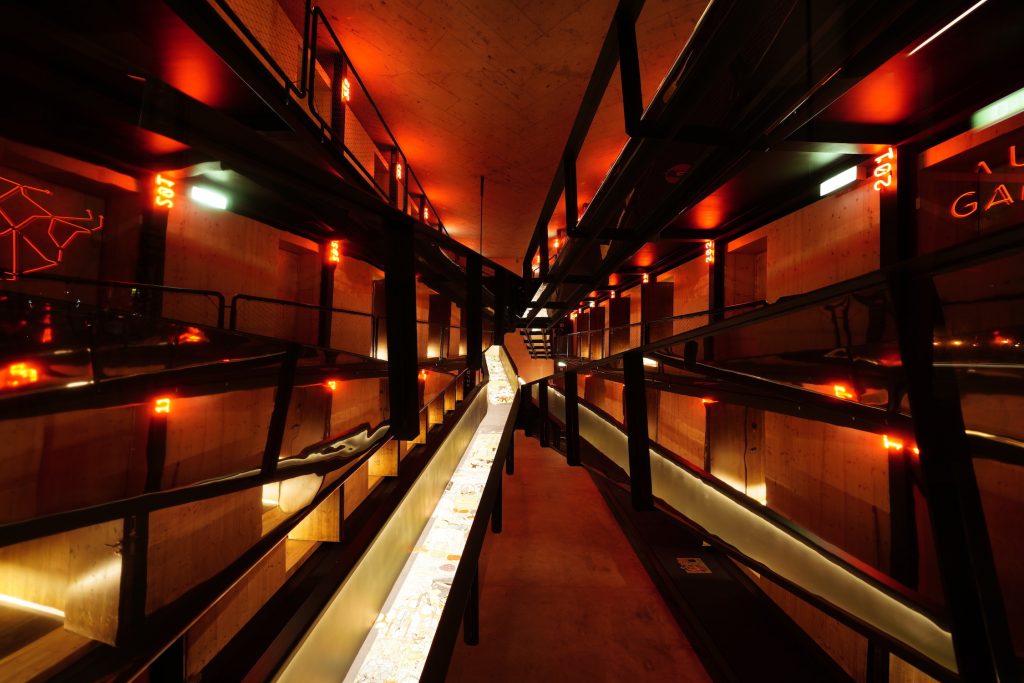 The building originally from 1937 has a classic and sober exterior and here used to work an old garage, car shop and gas station.

This type of program (variation of a capsule hotel, where rooms are wooden boxes without windows) fitted perfectly to the building since only one of the building’s facades has natural light.

The project was divided in three parts:

Since we had low exterior explosion on the ground floor of the site, we chose to develop the dorm facing inwards to a great hall.

In this dorm were created three levels with several bathrooms where we match each capsule to his own bathroom afterwards.

Since it used to work here an old car garage, we created a mostly rough space with a storng iron structure and a exposed concrete new floors.  Leaving the capsules with a gentler feel by using only wood inside and outside.

All the circulation around the wide hall is manageable by a structure of various ramps that connect the different levels of the structure.

Because this dorm is located at street level it provides a curious interaction with the people that walk by.

On the first was created a space for social interaction. Provided with an enjoyable a privileged view of the river and the city.

Because it was manly a large open space area, we wanted to create some elements that could give the sense of a diversification of spaces without actually creating new compartments – such as the 2 interior/exterior balconies, the central structure of the kitchen and bar or the stage and artwork in front of it.

This new building was created in the back of the main on in order to accommodate the several technical spaces that were required and also to create a independent access through all the main building floors.

The final result is the preservation of the original architecture with the introduction of new architectural elements that create a unique space focused on providing the guest and client a theatrical and personal experience. 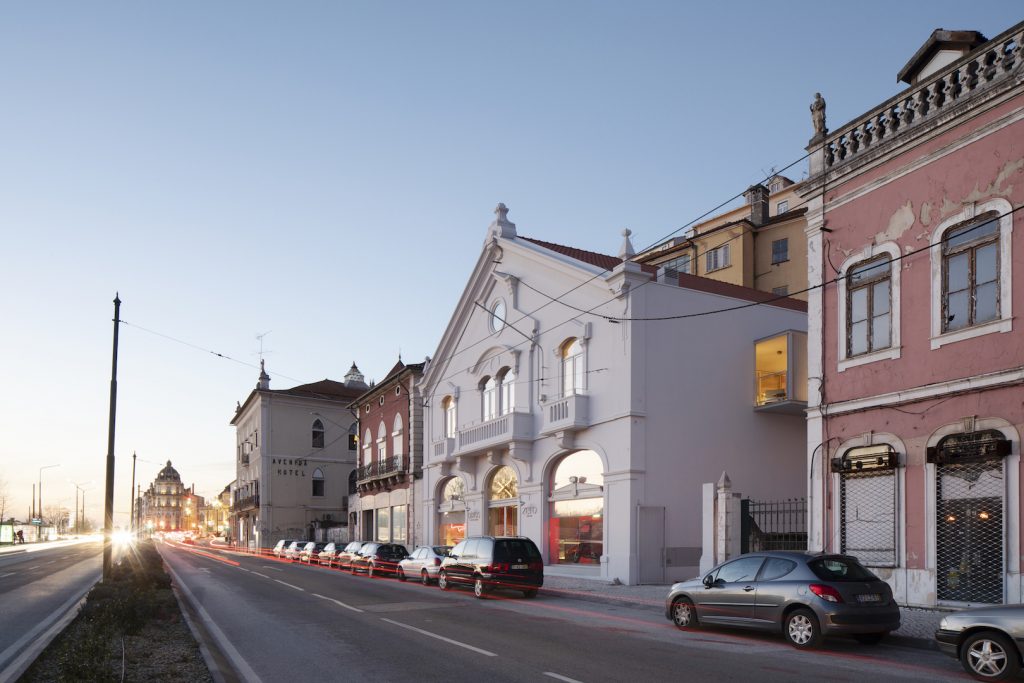 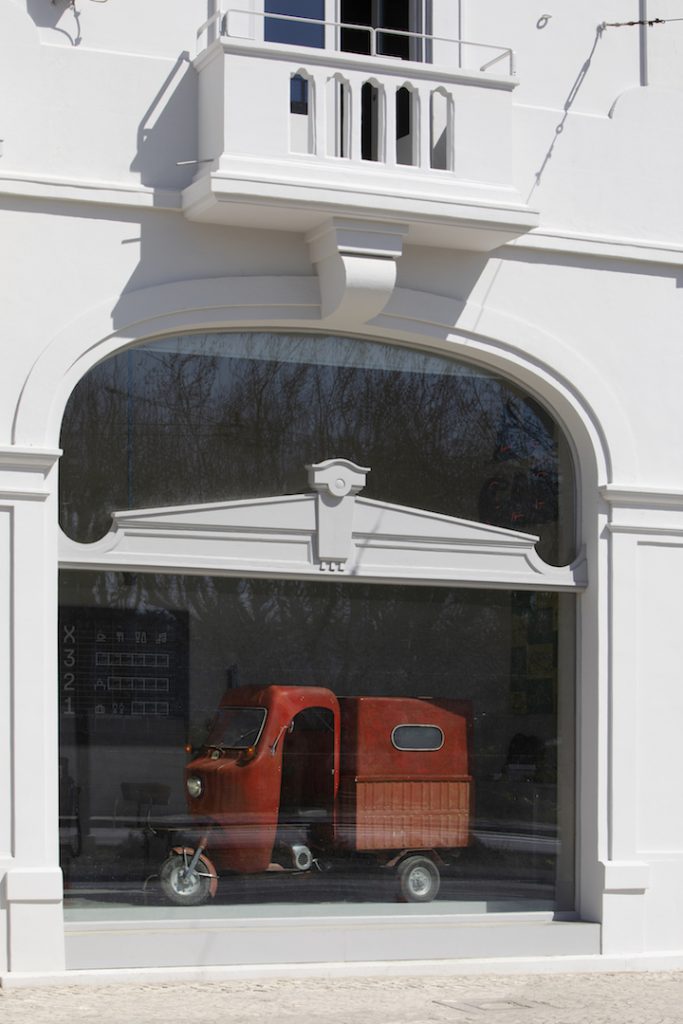 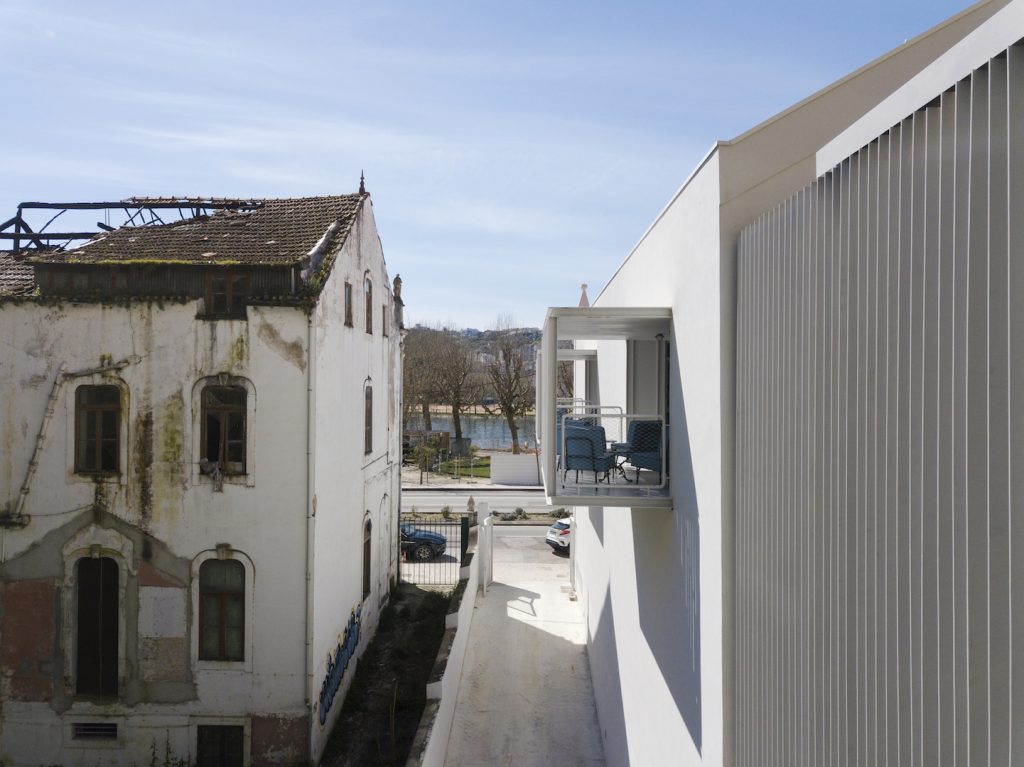 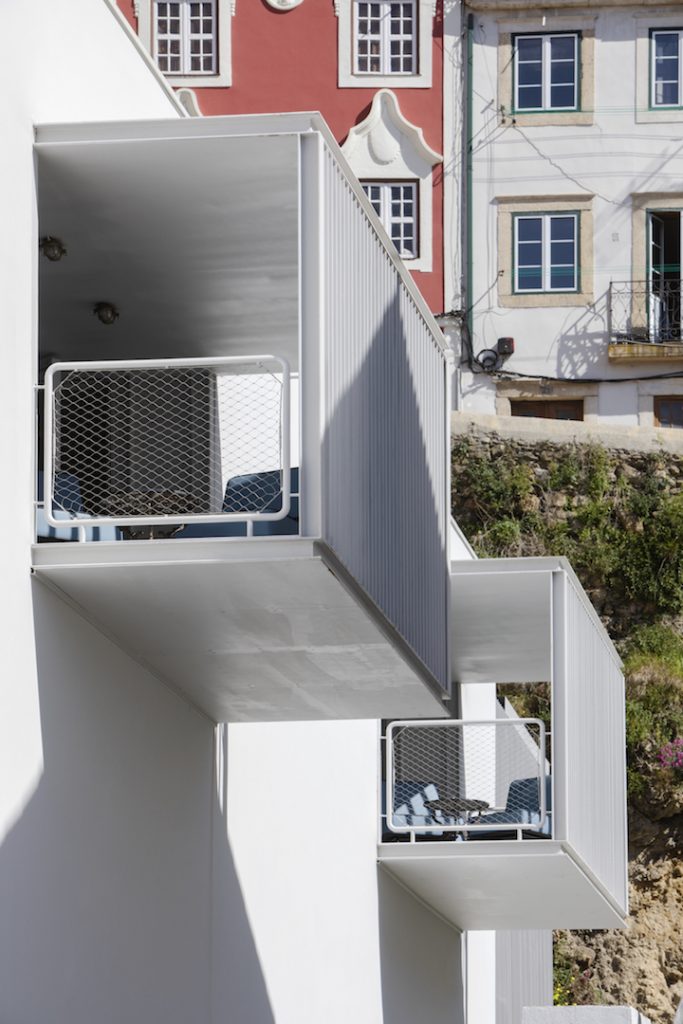 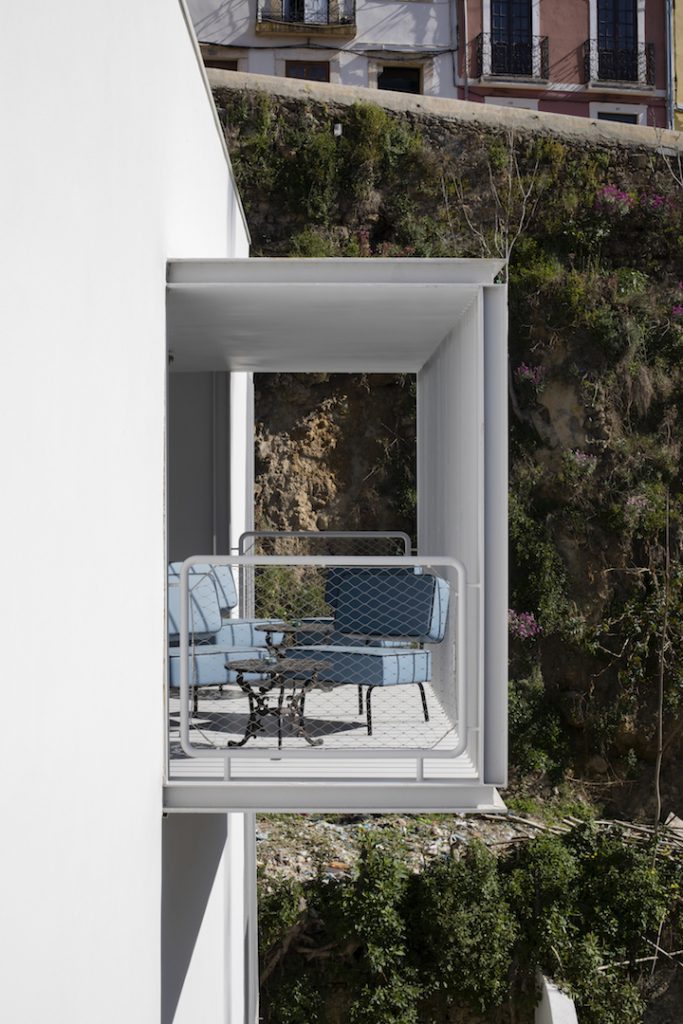 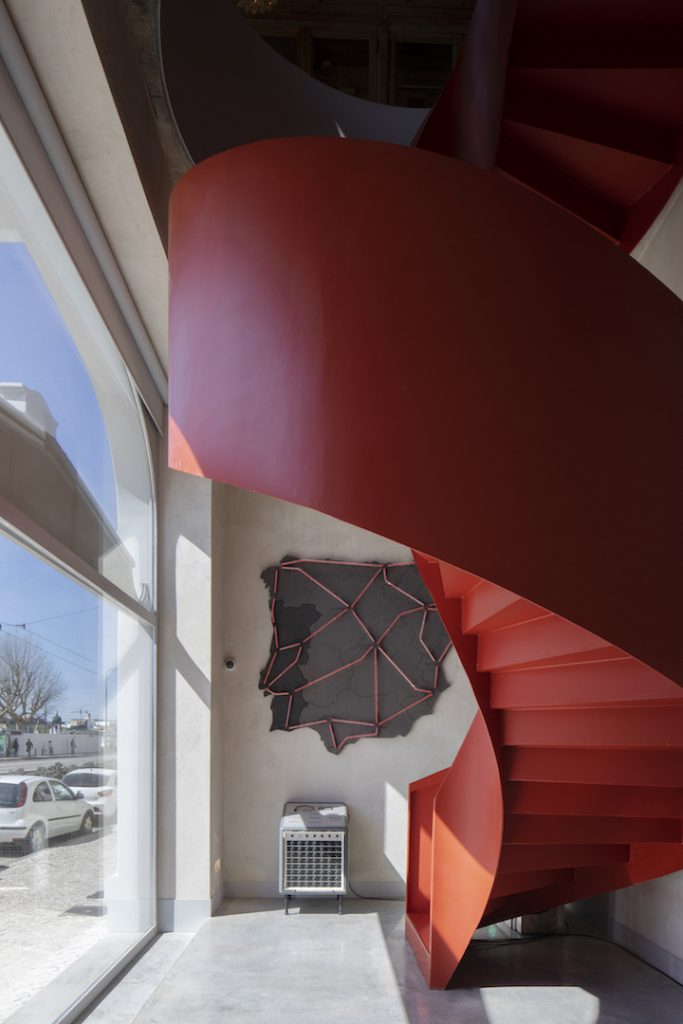 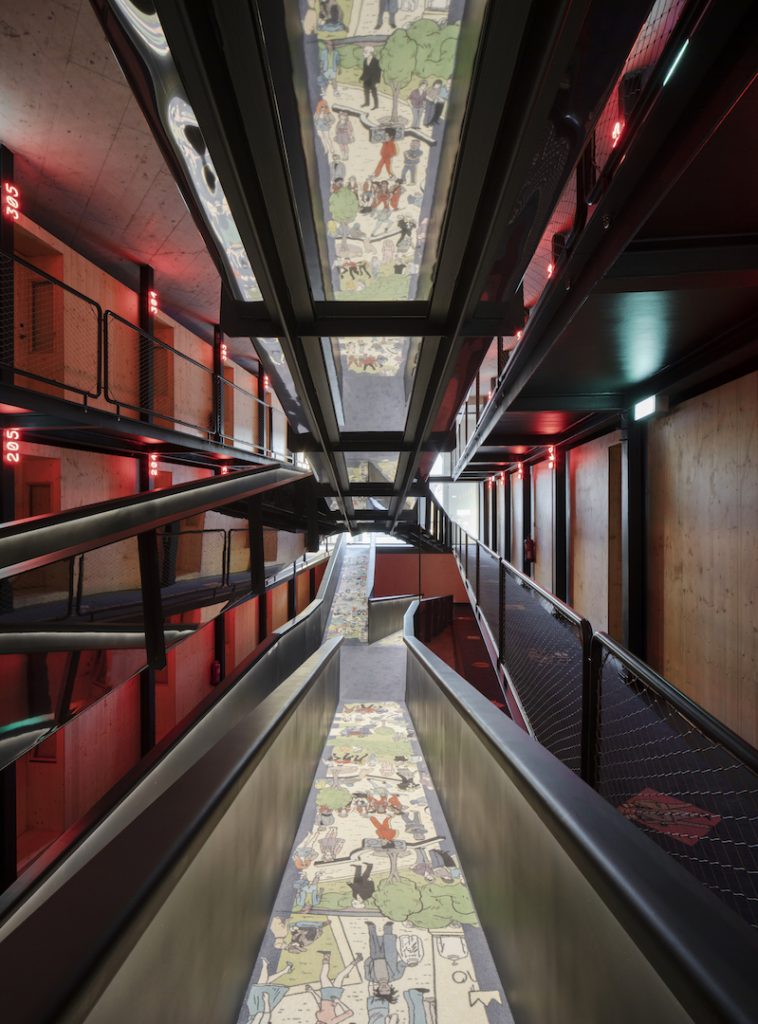 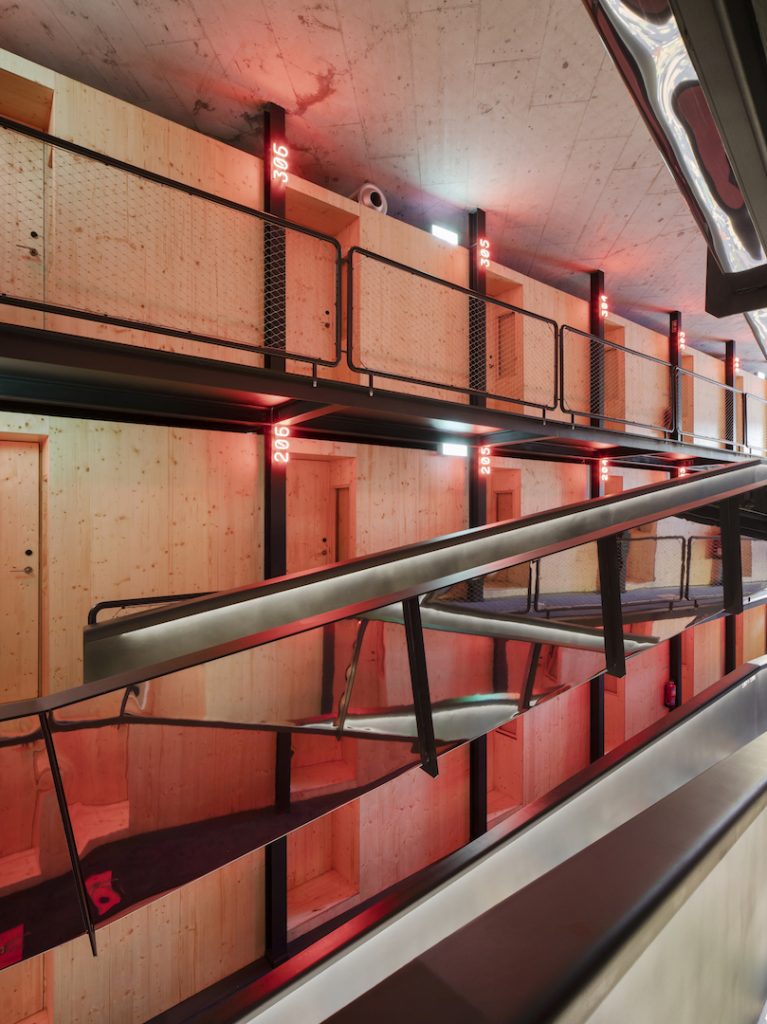 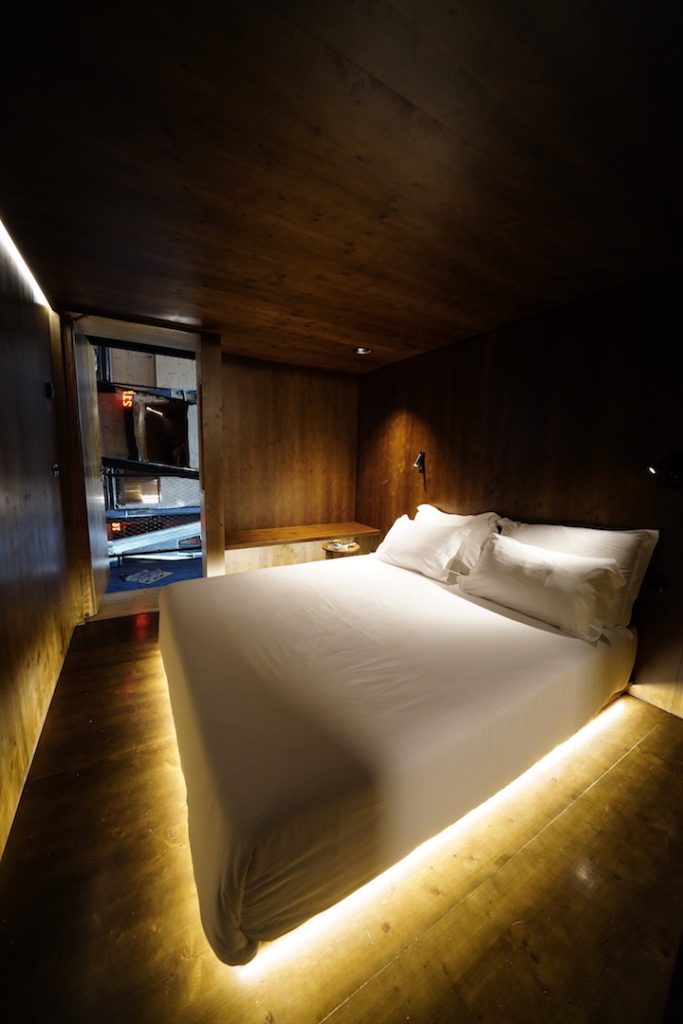 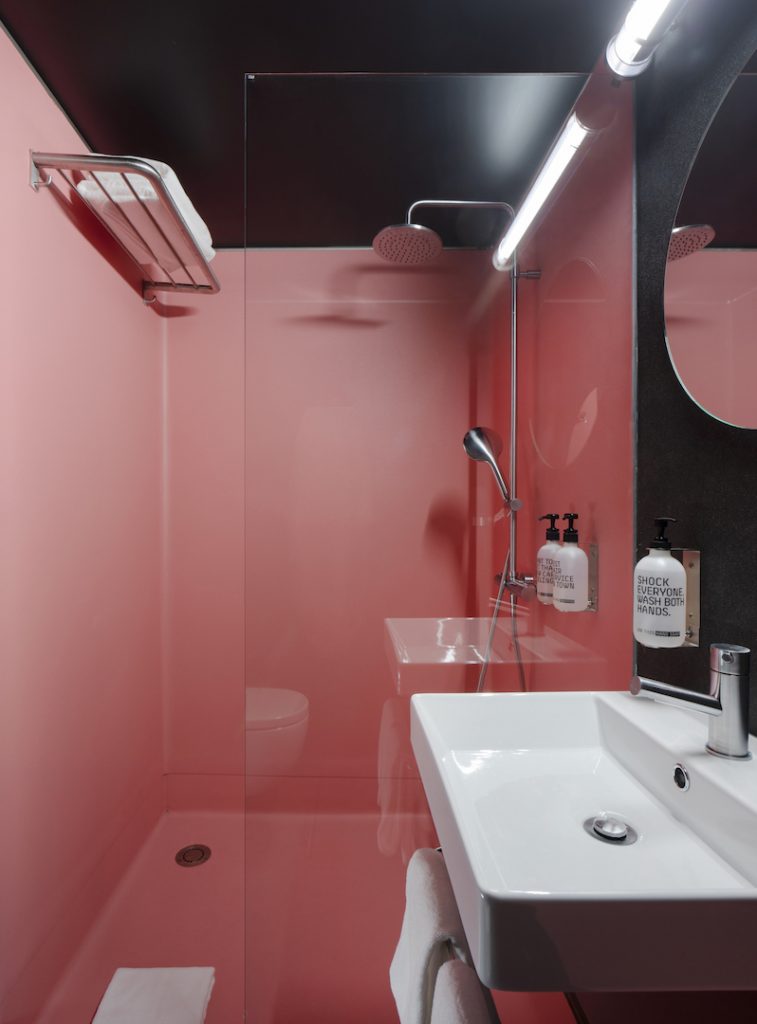 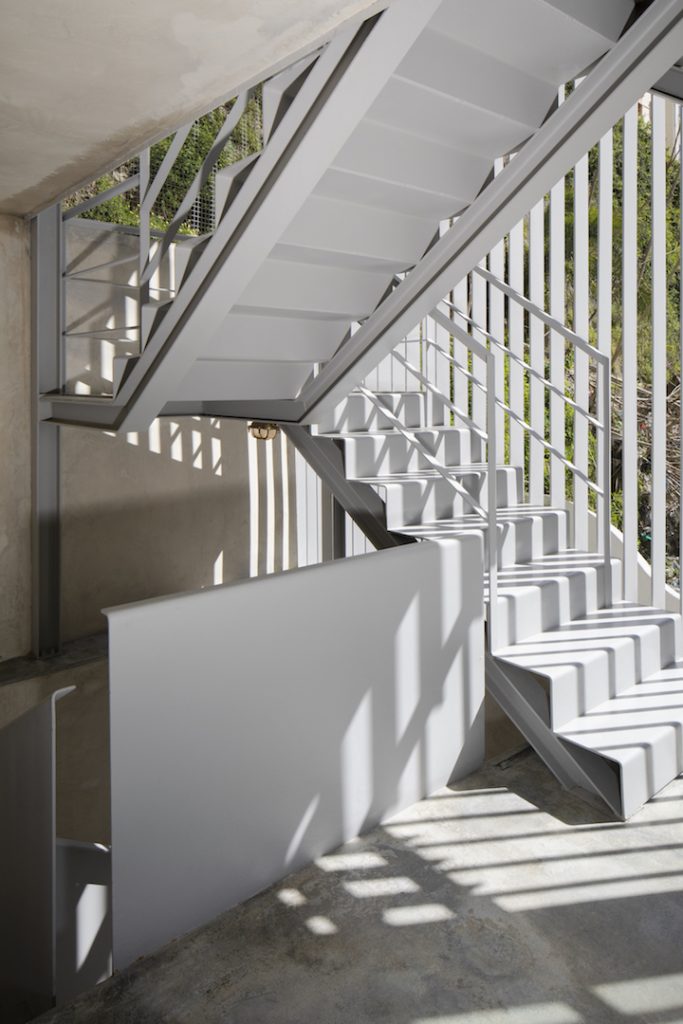 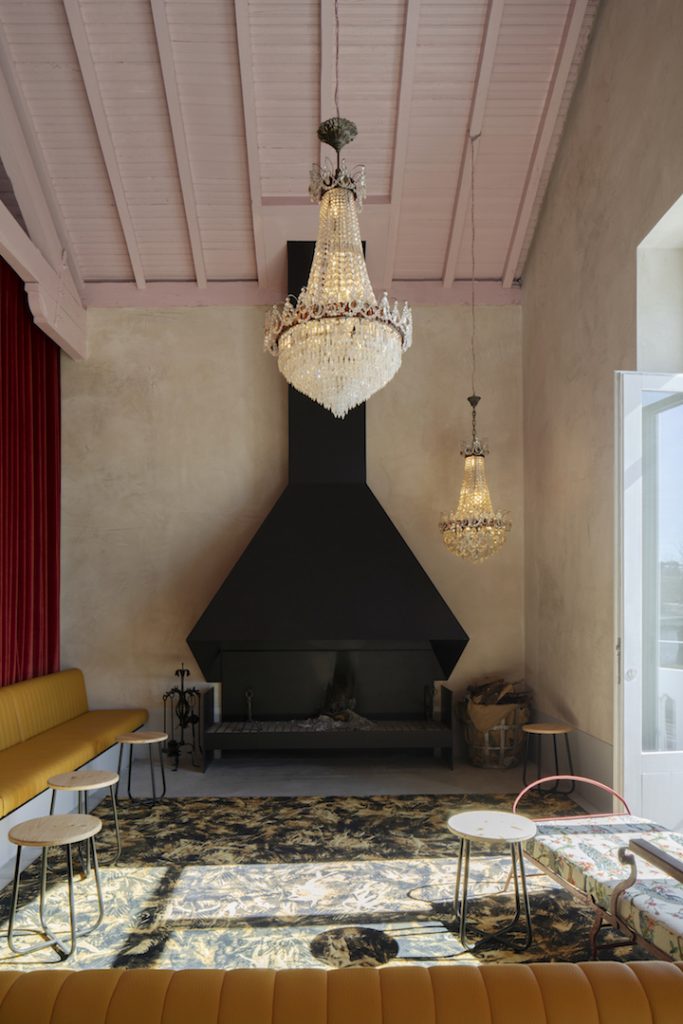 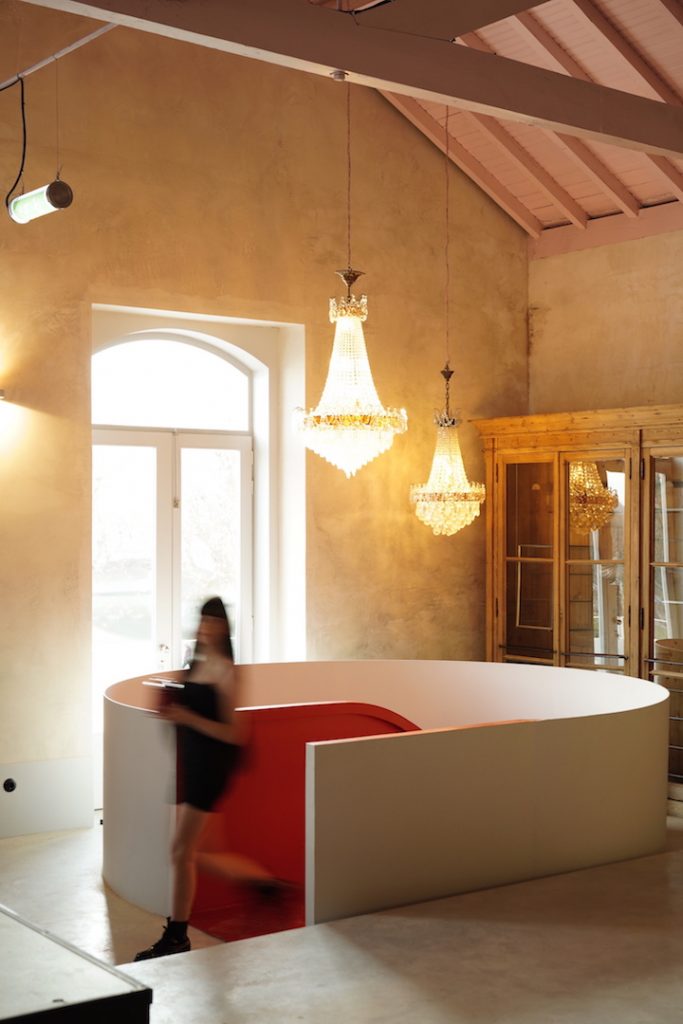 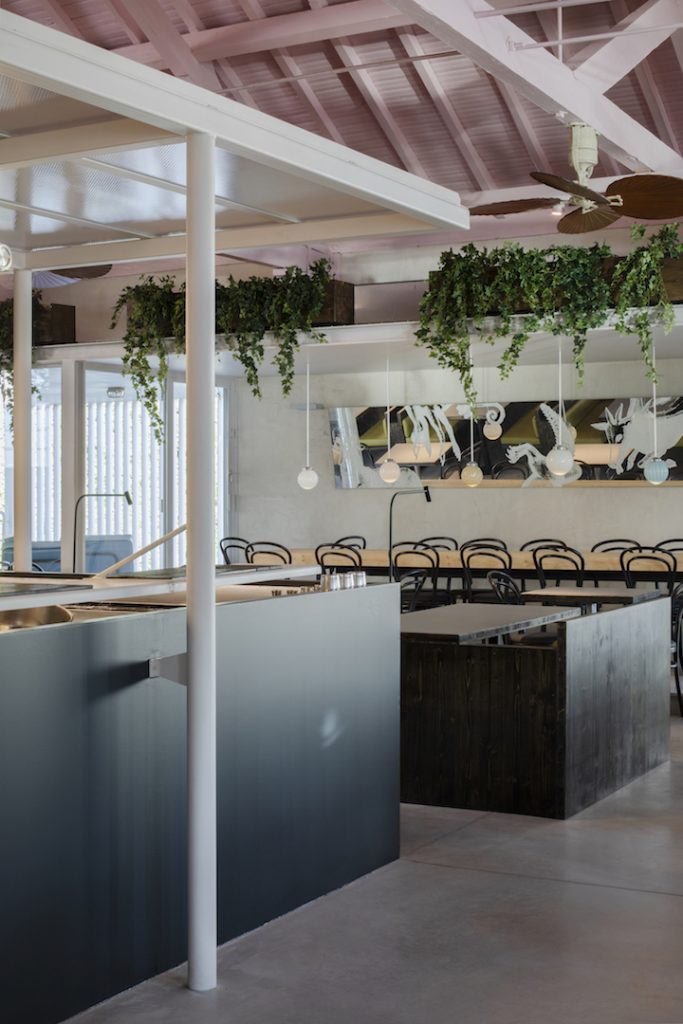 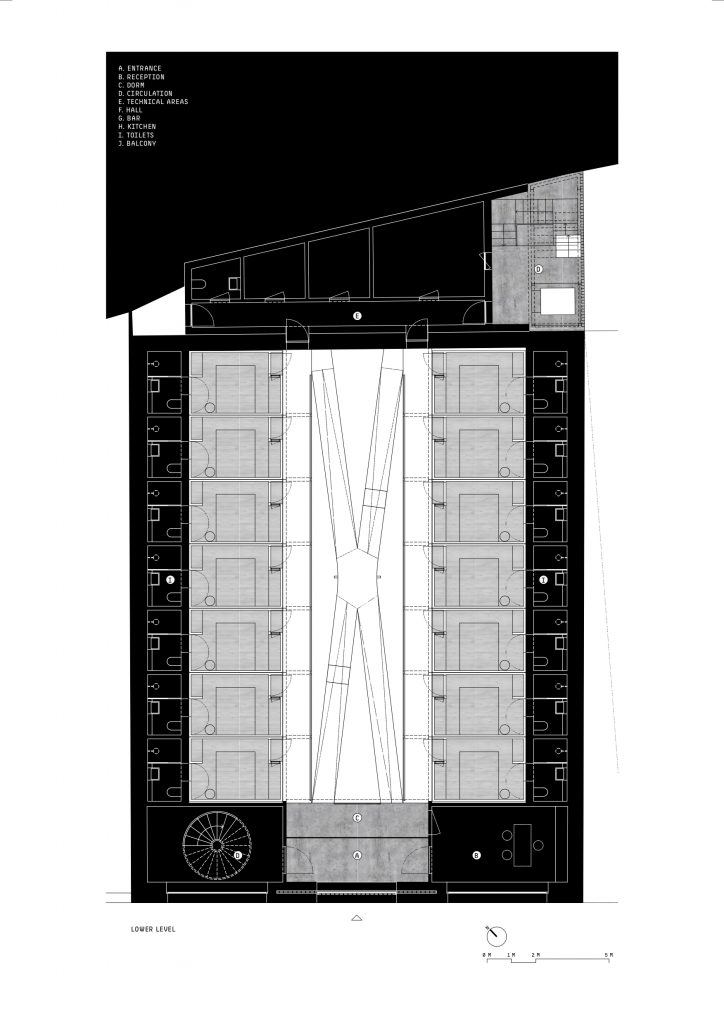 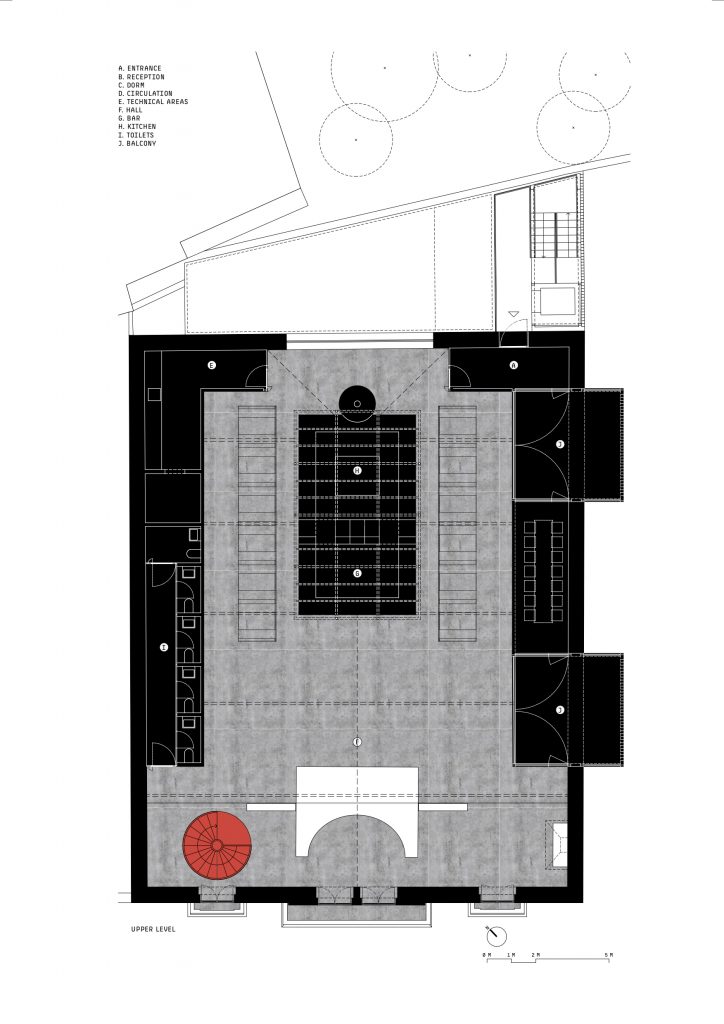 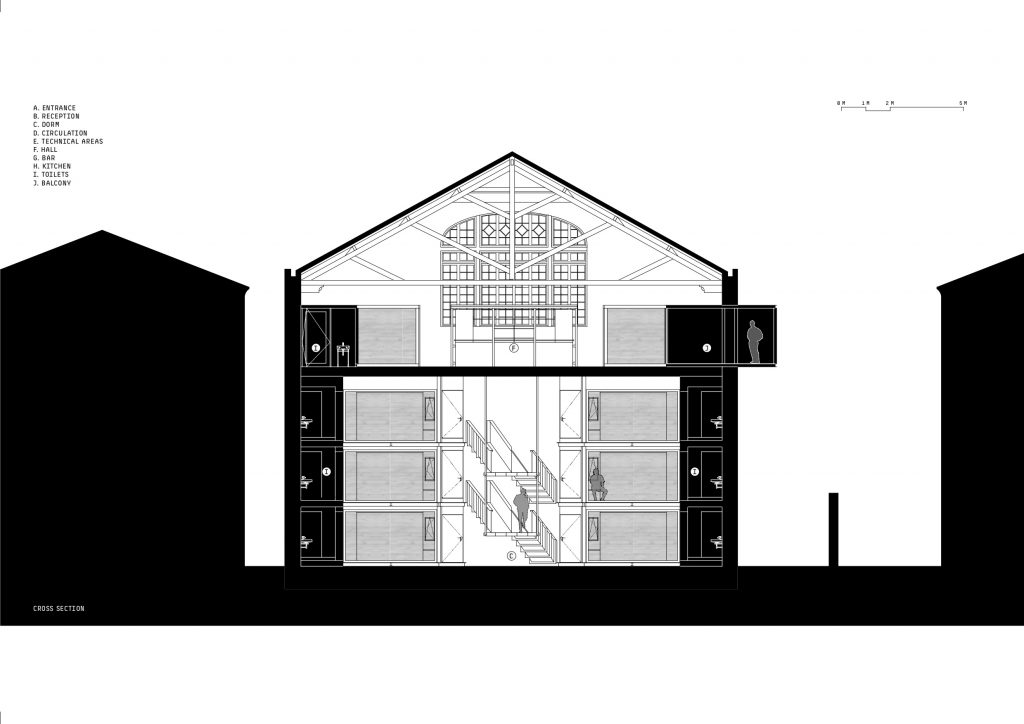 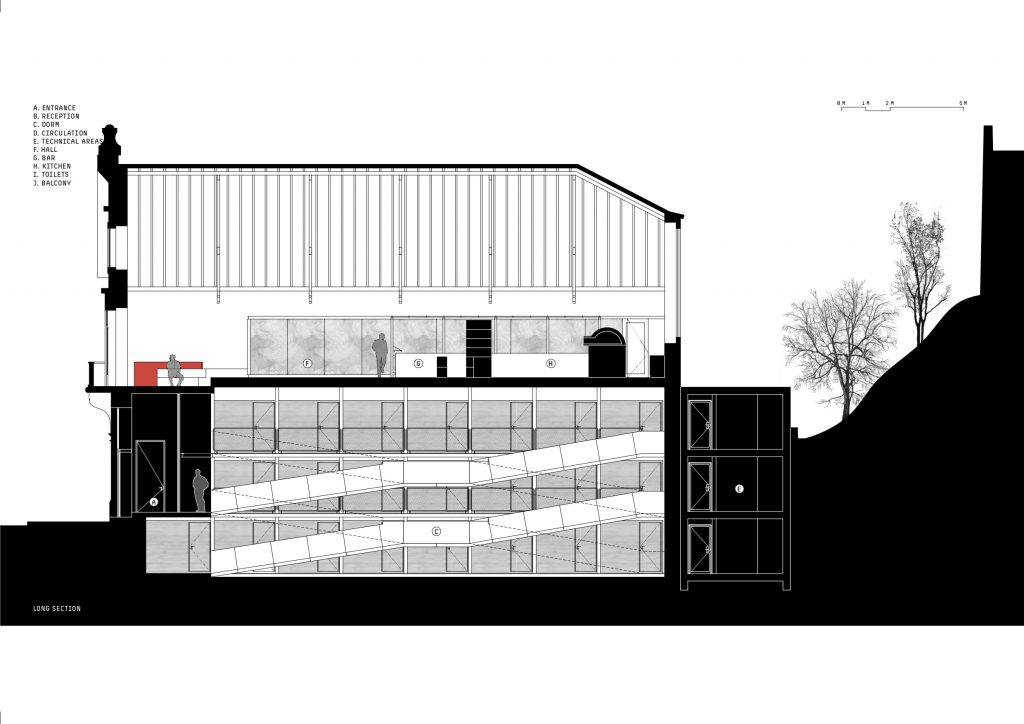 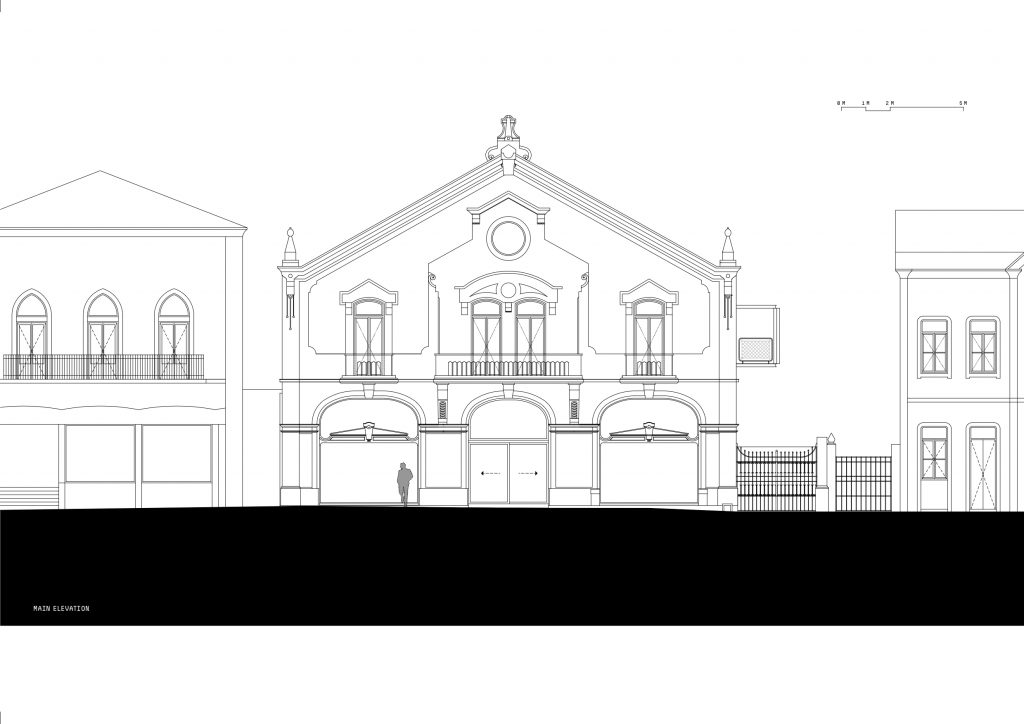 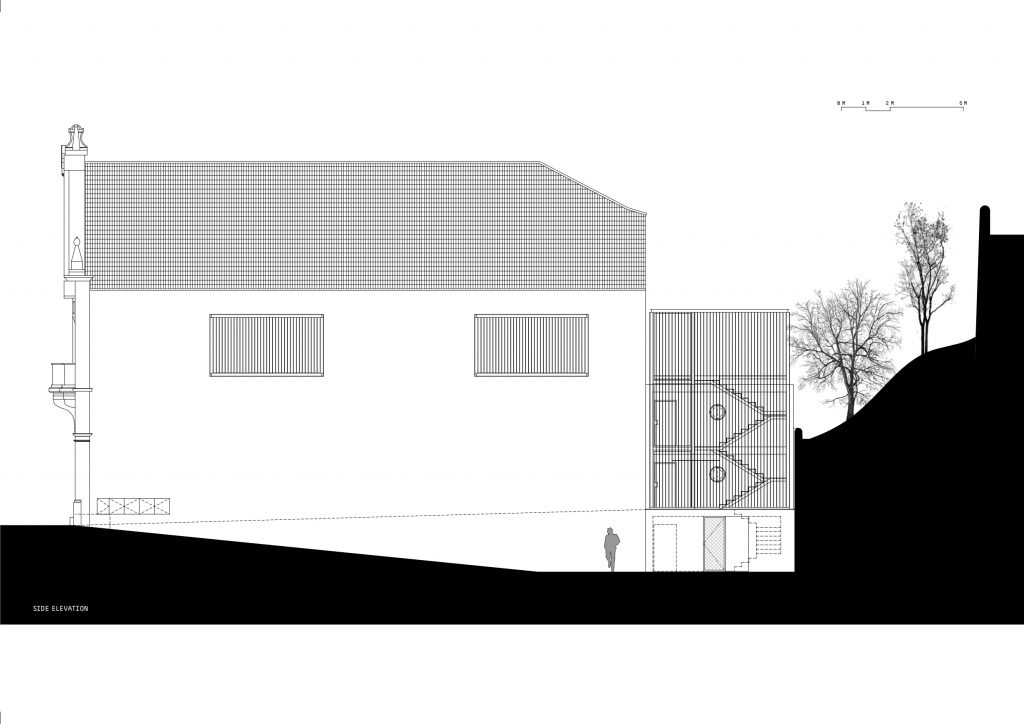